Budget Kerbing can provide continuous concrete edging for grass borders or garden edging. Available in a variety of colours and profiles concrete garden edging can transform the look of your backyard and neaten up the visual appeal of a well groomed lawn.

A cement mixer has not been used for over two years! That’s not to say we’re not hands on operators, but we chose another direction for our business to all our competitors. Realizing the inherent problem of using a cement mixer and generally the building industry standard of mixing, Budget Kerbing decided to outlay some serious money on its procedures of batching cement/concrete edging applications.

A standard that has been around for a long time is not easily recognized but people have to eventually give into better procedures, and protocols have to change. The old standard is to place as many as 36 shovels and one bag of cement into the average 3.5m3 mixer – and that leaves a ratio of 6:1 sand to cement. Now that is good enough to hold two solid bricks together, or plaster on a wall, but what about leaving that on the ground and placing a whipper-snipper or mower over it . Most trades-people or even sensible people will tell you how long that would be expected to last. We treat our kerbs to last by simply changing this simple approach of mixing to batching better mixes. 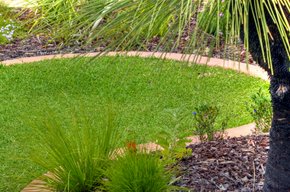 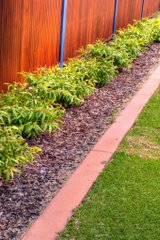 By dry tumbling the cement and sand much like any concrete supply company and then adding water once it is mixed at an even ratio of 4:1 or less then we simply can get a better product. It makes it look better too with a lot more shine and put this together with a product we use called micro-fibre mesh we are on the way!

The last thing we add to this to improve our product is simply using the latest gear available with kerb making technology. We have purchased three new kerbing (curbing) machines in the last two years and continually challenge ourselves by keeping the machinery new and you get a compaction of at least twice the rate of franchise owned machinery which has been on the market for the last twenty years but infrequently upgraded to any new standards of cement compaction and vibration. We give you this advantage with confidence. We guarantee our system will work on your place too! 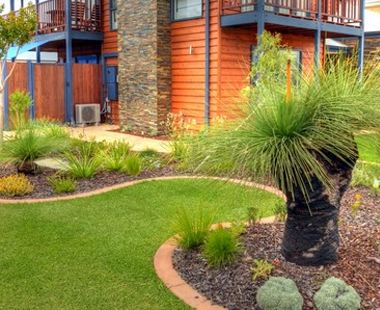 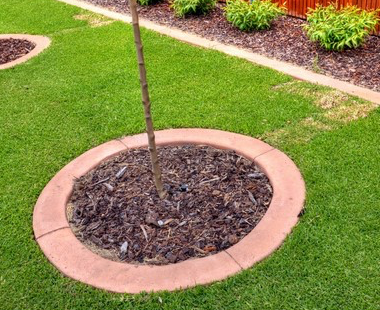 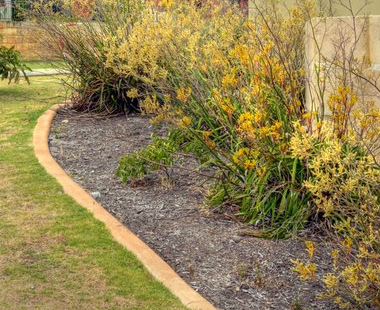 What our customers say about us